What is the Braun IdentityCollection FP 5160?

After having invested in a food processor, there’s nothing more frustrating than finding that the tools aren’t quite right for the job. Fortunately, with the IdentityProcessor you’re unlikely to ever have that problem since it comes with an array of blades, attachments and discs that can tackle every job you’ll ever need it to – and more.

The FP 5160 can handle whipping, dicing, slicing, chipping, shredding, citrus pressing, chopping, grating and kneading. In addition, it comes with a full-sized jug blender and a full-sized juicer attachment, controlled by 11 speeds, pulse and auto-pulse. 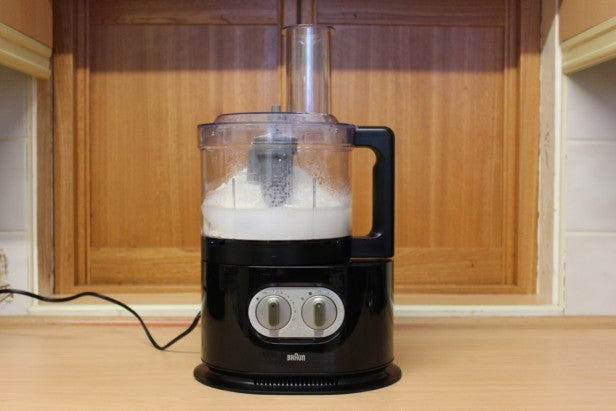 Finished in black and stainless steel to match the rest of the range, the design is practical but sleek. The finer details are where it excels. Instead of having a power cord tidy that wraps around the machine, the cable retracts into the base unit. Three plastic jugs can attach to the base – a main bowl, a juicer unit that’s similar in design to the IdentityCollection Spin Juicer, and a jug blender (that splits apart for cleaning). 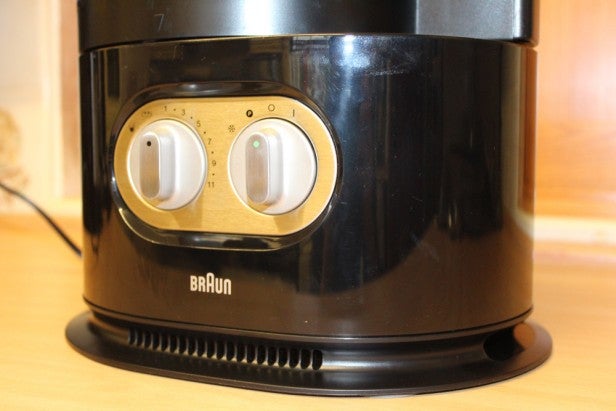 While many processors are supplied with an assortment of discs, the FP 5160 is smarter in its approach. Instead, there’s a single disc with five inserts that pop in and out, covering a variety of slicing and shredding, and a disc with a subdivided blade for making French fries.

Three other tools cover kneading, whipping and chopping and mixing. As well as 11 speeds – there are recommendations for which speed to use with each attachment – there are two programs for kneading and blending. However, both have to be stopped manually and are optimised speeds for these tasks.

More useful is the auto-pulse, which delivers bursts of power continuously – ideal for folding or crushing ice.

Assembling the FP5160 is straightforward: arrows line up to show where each bowl twists into the base. Attaching the blade inserts to the empty disc is trickier, as is coordinating each tool to its appropriate speed, so having the instructions to hand is essential. 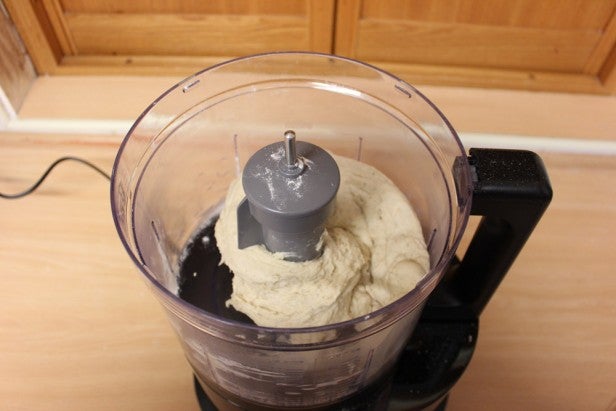 I started by using the kneading attachment to make bread dough. On a low speed, the dough took around a minute and a half to come together. However, instead of forming a ball, it tended to wrap itself around the attachment, and worked its way under it too.

The dough had to be removed and formed into a ball manually before being replaced for a full knead. Once finished the dough was soft and springy, and while it proved well, the final loaf didn’t rise completely.

Next, I made a milkshake from fruit and milk using the jug blender programme. Here the results were better, the blender whizzing through the fruit quickly and producing a thick, creamy shake.

I then used the French fries tool to chip two potatoes. Since the feed tube wasn’t wide enough to fit the potato in lengthways, it produced short chips. However, they were made in seconds and fried quickly and consistently. 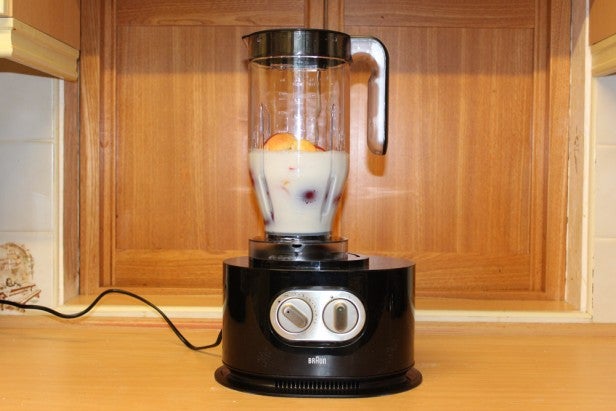 Adding the coarse shredding blade to the carrier disc, I used it to grate carrots. While a pusher was available to nudge them towards the blade, there wasn’t any need, the blade slicing through effortlessly. The result was evenly processed carrot, ideal for coleslaw.

Swapping the disc for the universal blade, we added onions to the bowl. There’s a little shake at high speeds but the feet keep the appliance steady. The onion was diced rapidly and after only seconds, finely minced. 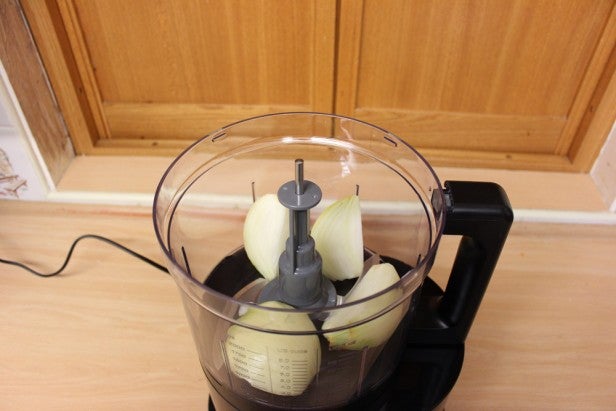 Using the whipping attachment, we added egg whites to the bowl and whisked until they’d become stiff. The auto-pulse function then came in handy for folding in sugar to create a glossy mixture. The resulting baked meringues were crisp and light. 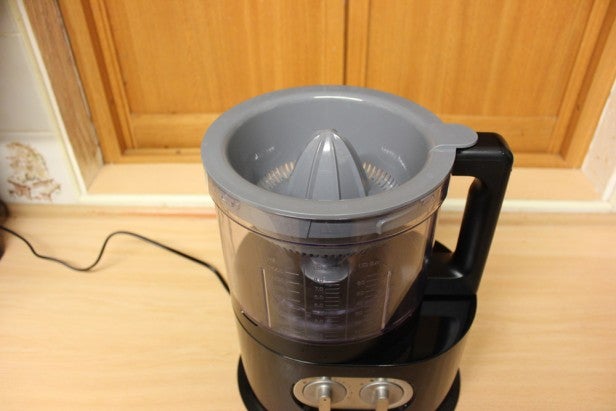 Next I used the citrus press to juice oranges. It was quick and yielded a reasonable amount of juice. Finally, I used the juicer to process oranges. Again, the pusher wasn’t necessary, with the machine whizzing through the fruit to produce plenty of juice. While the pulp found its way around all parts of the bin and lid, there was minimal waste.

Nearly all the parts of the IdentityCollection FP 5160 are dishwasher safe and a brush is included for shifting stubborn clogs. It was only the juicer base and kneading blade that needed to be washed by hand. 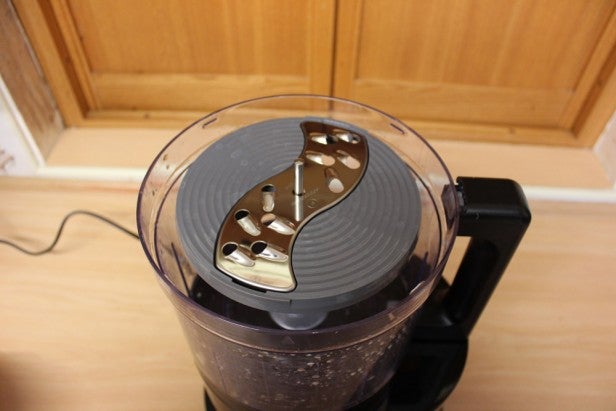 Should I buy the Braun IdentityCollection FP 5160?

In terms of covering a variety of functions, the FP 5160 is incredibly good value. Its inclusion of full-sized attachments, such as the juicer and blender, means there’s little point in investing in these appliances separately, so it’s also perfect if you’re restricted on space or budget. Where it falls down, however, is with the lack of storage for its parts, especially the blades, which may become blunt being stored in a drawer.

If you’re looking for a processor that can do everything from speedily slicing chips to making the mayonnaise to go with them, the Braun IdentityCollection FP 5160 is a winner.