What is the Cuisinart SSB1U Soup Maker?

While its basic design has evolved from that of a standard blender, the Cuisinart SSB1U Soup Maker promises to tackle much more than just blitzing food and ice. Its primary function is making up to 1.4 litres of soup in 20 minutes, kept warm by its glass jug, but it also boasts blades that can stir the contents as well as blend them, a timer, variable heat and a non-stick heating plate that makes cleaning up afterwards easy. A booklet of recipes is also included for inspiration. 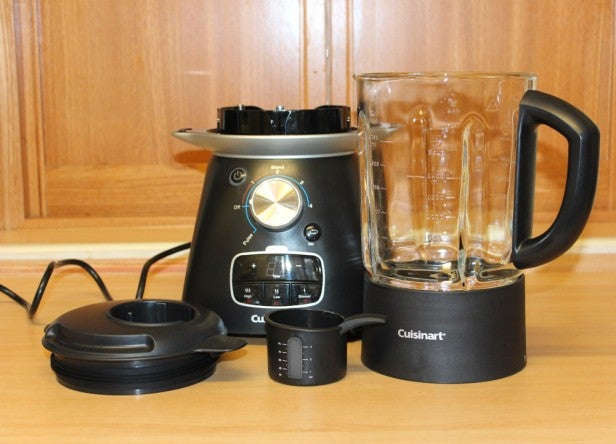 The Soup Maker has a wealth of inspired design features that mean making soup is easy as well as safe. From the 1.75-litre glass jug that’s wide enough to allow the bottom to be cleaned, to the carry handles at the side, it feels like a robust product that, though heavier than the average blender at 4kg, has plenty of charms.

There are three heating levels to choose from – simmer (up to 80 degrees C), low (up to 90 degrees C) and high (up to 110 degrees C), which is used to bring soup to the boil. Heat decreases and increases throughout each level.

A digital timer, which goes up to 30 minutes, allows cooking duration to be set, but it’s also variable while you’re using it, so can toggled up and down as required – great if soup looks ready before time or needs a little longer. Above the display sits a dial for controlling blending, which gives four speed options and a pulse, as well as a separate button at the side to operate the machine’s stirring function. This is a slower rotation of the blades that’s used to mix food. 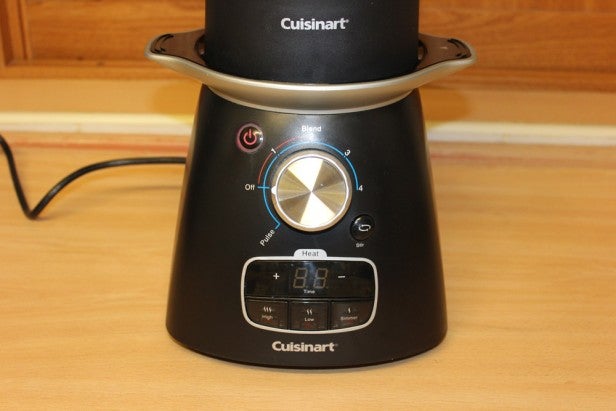 The glass jug itself is similarly well constructed, with the electronics slightly elevated from the bottom rim of the base to avoid damage, and a sturdy handle at the side. Measurements are marked on the front and back, while a snugly fitting lid, complete with removable measuring cup, pushes firmly on top to prevent excess steam escaping during cooking.

Cuisinart SSB1U Soup Maker – What’s it like to use?

For those who hate reading manuals, the quick-start guide is invaluable, though the Soup Maker’s operation is seductively straightforward. Line the jug up with the base using the arrows, select the cooking duration and heating level, and you’re on the first step to soup.

The lower heat settings enable you to complete tasks that might otherwise have to be accomplished in a separate pan, such as sautéing and browning onions, cooking thinly sliced chicken and fish, and sweating flavours together. We started by sautéing onions on low for a Scotch broth, with the heating plate helping to release the aroma and taste of the onions. 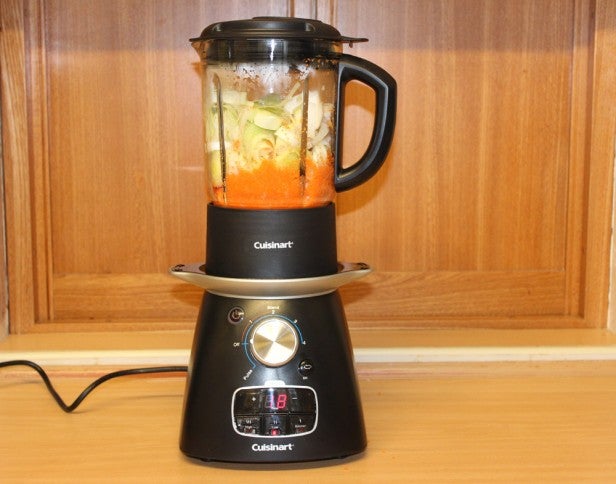 Next, adding diced root vegetables required the use of the stir function. It’s a great idea but will only stir the lower portion of the ingredients while chunks are still relatively uncooked, and so it needed some assistance to thoroughly mix the contents. The stir feature is of more use once the stock was introduced and the solid ingredients able to float. Turning the heat up to high and sealing the lid with the measuring cup, we left the mixture to cook.

The high function is particularly impressive, with the boiling motion helping to agitate the soup’s ingredients. The Soup Maker itself stayed steady on the worktop, with a few streams of steam emerging from the lid. It’s also very quiet during operation, only beeping when the timer’s finished counting down.

The Scotch broth was thoroughly cooked, including the pearl barley, after about half an hour. After a quick blitz on level 2 – levels 3 and 4 are deactivated if the contents are over 60 degrees C – the soup was consistently creamy but still retained some texture and bite. The base of the glass jug had some overcooked food stuck to it, but this was easily cleaned off with a brush. 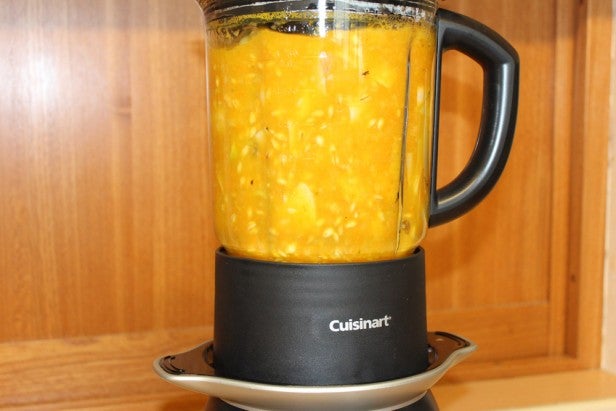 Should I buy the Cuisinart SSB1U Soup Maker?

From broths to bouillon, this is soup making simplified. The Soup Maker is effortless to maintain, with controls that give you the option of letting the machine work by itself or allow you to adapt as desired. The included recipe book doesn’t just include ideas for soup – it lists desserts, sauces and pastes as well as other recipes you can use them in – so you’re sure to find yourself using it frequently. Given that you could spend the same on a standalone blender, this is a super-smart buy.

If you love cooking different types of fresh soup but hate mess and fuss, the Soup Maker is a great all-in-one solution that earns its place in your kitchen.