What is the Kenwood Ice Cream Maker IM200?

The Kenwood Ice Cream Maker IM200 is a fairly compact ice cream maker. The sort where you have to pre-freeze the bowl (read: the entire body of the machine) overnight.

It’s affordable and the bowl is short enough that it fits fine on a freezer shelf, but the results are runny and require further freezing before serving. 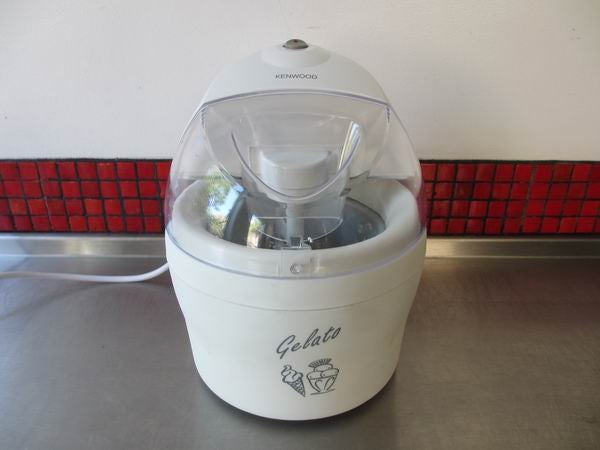 The Kenwood is a simple, white, unexceptional ice cream maker. The one particularly nice bit of its design is that its freezer bowl is short and wide.

This is good because it fits well on pretty much any freezer shelf without the need to lay it on its side – which is handy because if you freeze the bowl on its side it cools the ice cream mix unevenly.

The instruction manual includes six recipes and it claims to make a batch of ice cream in 30-40 minutes. 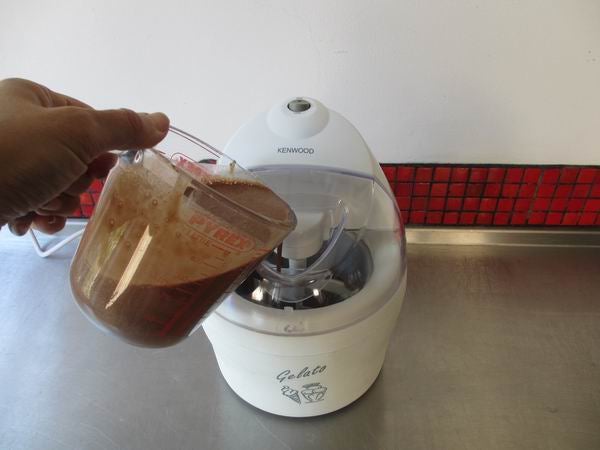 Kenwood Ice Cream Maker IM200 – What’s it like to use?

There’s no stated capacity for how much ice cream mix to put in the Kenwood. Instead it says to stop adding mix at least 2.5cm before the top. We found this meant it takes around 850ml of ice cream mix.

We tested it using pre-chilled chocolate ice cream mix. We switched it on and found that it made a noisy, rattling sound right from the start. Then, after 24 minutes, the noise noticeably changed. It developed what can best be described as a “the Tardis is about to materialise” sound.

We concluded that the ice cream was probably ready because ice cream makers tend to make these noises when the mix starts freezing to the sides. So after a total of 28 minutes, with the mix not seeming to get any thicker, we stopped the machine. 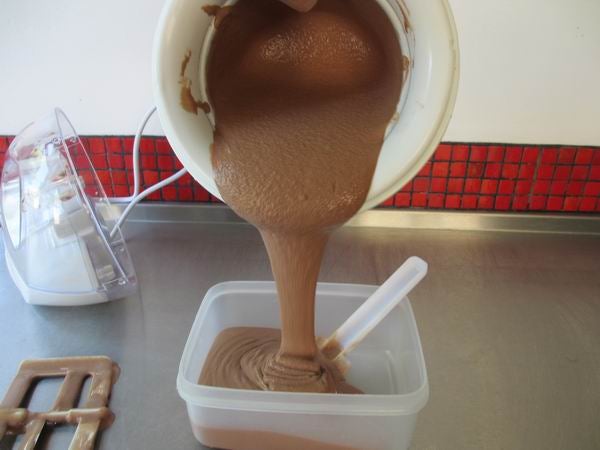 The results were too runny to serve as a dessert. The mix could be poured out, but it was thick and inflated enough to show that the ice cream had taken on plenty of air and would freeze well if transferred to the freezer.

Cleaning was fine. The paddle has more blades than most, making it a bit harder to clean (or more fun to lick) but the rest of the ice cream maker cleaned up easily.

The resulting ice cream, tested the next day, tasted good. The texture was dark and firm but not too dense. 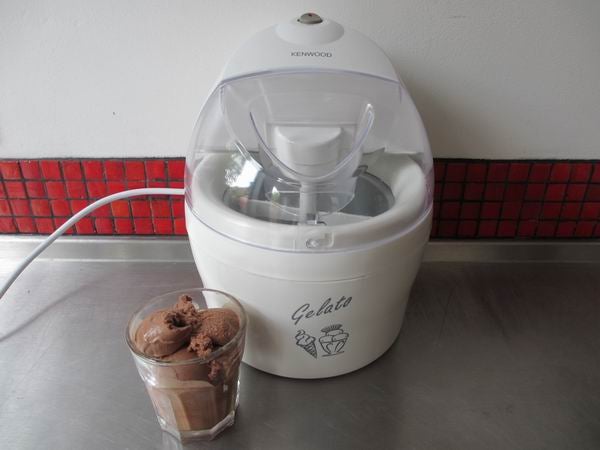 Should I buy the Kenwood Ice Cream Maker IM200?

Probably not. It’s not a bad machine. It makes ice cream just fine. But the Swan Come Dine With Me Ice Cream & Gelato Maker is a similar price and is much, much better. The Kenwood’s only advantage over the Swan is that it’s slightly more compact.

A good little ice cream maker, but not the best.