What is the Kenwood kCook?

Part tabletop steamer, part food processor and a compact cooker to boot, the kCook is part of a new generation of multi-purpose machines that promise to do everything but wipe down the surfaces after dinner. Three accessories – a processing blade, stirring paddle and a steaming basket – mean you can easily go from chopping food to cooking it while variable controls allow you to set the frequency of stirring, cooking time and temperature within stages of a preset program or operate it manually.

Best of all, everything except the base unit, even the metal bowl, is dishwasher-safe, although its handy one-pot cooking also means there’ll be barely any washing up anyway. Great for casseroles, risottos, soups, bolognese, curry, chilli and ratatouille, some recipes are included but there’s also an app with more than 200 recipe ideas that will be updated over time. 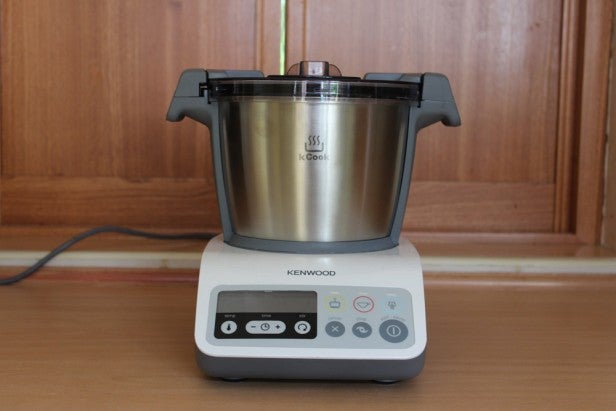 Looking a little like a sized-down pressure cooker, the kCook takes up minimal space on the worktop and is small enough to store in a cupboard, neatly stacking with just the blade, stirrer and accessories (it comes with a measuring beaker, spatula and cleaning brush) to one side. The lid twists easily onto its bowl, locking the whole unit into place, which is great if you forget it’s still in operation and try to remove the bowl from the base. A filler cap can also be taken out of the lid, so that liquids can be added while it’s mixing or blending.

It has three preset programs – One Pot, Sauces/Soups and Steaming – that can be altered to suit the food or dish you’re cooking, with the One Pot comprising up to four stages that can have their time, temperature and stirring toggled. The temperature can be set to either 65°C, 92°C or 100°C while the timer can be set for up to three hours, with two hours maximum for some stages. This means that it can also be used as a slow cooker, plus when it’s finished it’ll go into a keep warm mode for 30 minutes. 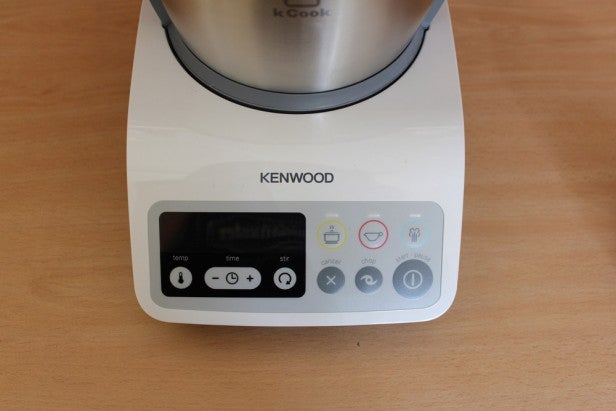 Several functions has resulted in multiple buttons, so while the kCook isn’t hard to use and each button is named, knowing what order to push them in requires a bit of instruction studying. We started by using the Steaming program to cook asparagus. Filling the bowl up to the marked steam line, we inserted the basket, added the vegetables and set the timer to 10 minutes. The program is fixed at 100°C and doesn’t start the timer countdown until it’s reached temperature, which is a clever feature. However, it does take a while to heat up, so food that only needed 10 minutes to cook ended up taking closer to 15, meaning it’s a good idea to plan the rest of a meal in advance if you’re using this feature. By the end of the program, the asparagus was soft and could probably have cooked with a reduced time. 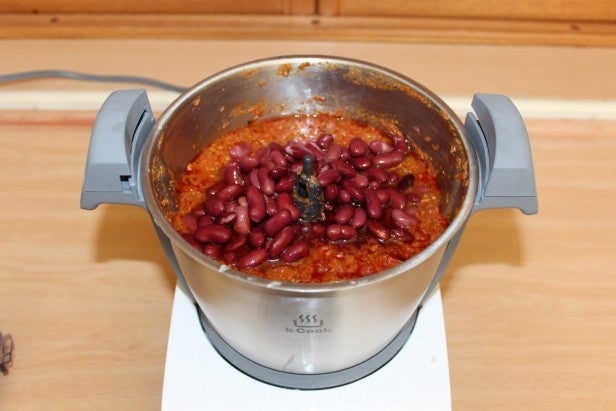 Steaming over, we decided to make chilli con carne. We started by putting the processing blade in the bowl and using it to chop an onion in short pulses. It did this quickly with a consistent, even chop. Swapping the blade for the stirring paddle, we selected the One Pot program and altered each of the three cooking stages to suit, opting for stage 1 as an intermittent stir on 100°C, the second stage with a constant stir and the third stage the same stir but with a 92°C setting. Adding a little oil to the onion, we started the program and secured the lid. The onion turned translucent rapidly, so we could then add the minced meat, replace the lid and leave it to cook. When the lid was removed, it paused the program, so we could also check on the meat’s progress.

At the end of each stage, the machine beeps to let you know it’s finished and goes into keep warm mode. Ignore it and it’ll beep every minute to remind you. We started the next stage after adding liquid and the final stage after adding the kidney beans. The resulting chilli was delicious and having the lid on meant it hadn’t dried out. Even better, the kidney beans, a part of the dish that can sometimes become dry, were soft and tasty. Clean up was effortless as everything could go in the dishwasher. 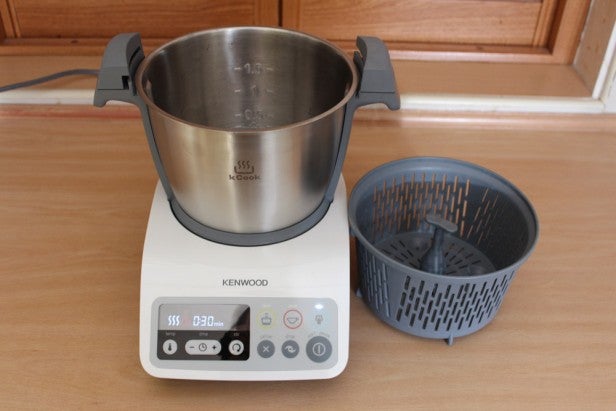 Should I buy the Kenwood kCook?

For anyone who likes the idea of home-cooked meals but has been disillusioned by constant stirring, pan-watching and a mountain of washing up, this is the machine for you. It’s insanely convenient, even chopping your ingredients in seconds. It would be useful if the kCook had a sauté function as the highest temperature on offer will only cook food, not brown it, but the meals it makes are so satisfying, it’s a minor niggle.

It’s a bit pricey, but welcome the kCook into your kitchen and you may wonder how you ever lived without it.