What is the Morphy Richards Supreme Precision 10 in 1 Multicooker?

Designed as a helpmate for beginners and less-than-confident cooks, the 10 in 1 Multicooker is great for filling in the gaps in your culinary skills. Three attachments mean it can chop, blend or stir, while its cooking functions include frying, sautéing, steaming, boiling, stewing, emulsifying and melting as well as automatic programmes for rice and pasta dishes.

There’s a recipe book in the box with more than 70 ideas to try, plus, once you’re more confident in the kitchen, its variable time and temperature settings allow you to go it alone to create your own dishes. 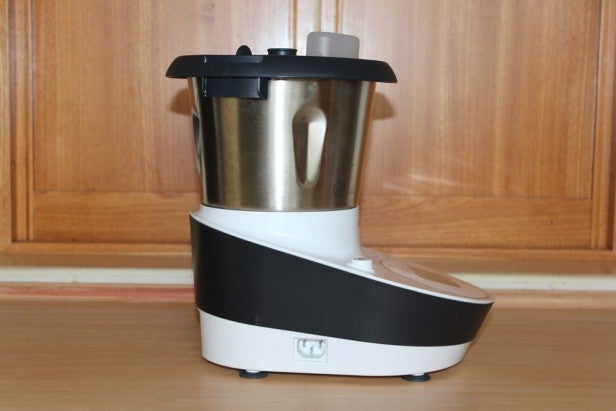 Comprising a stainless-steel jug on a light base unit, the 10 in 1 Multicooker is compact – low enough to slide under wall units and small enough to store in a cupboard. However, cooking capacity hasn’t been sacrificed as it still manages to squeeze in enough room to cook a meal for a family of four.

On top of the jug, a twist and lock lid contains a removable measuring cup as well as raised finger-holds so there’s no need to touch any parts that might be hot when you’re removing and replacing it. 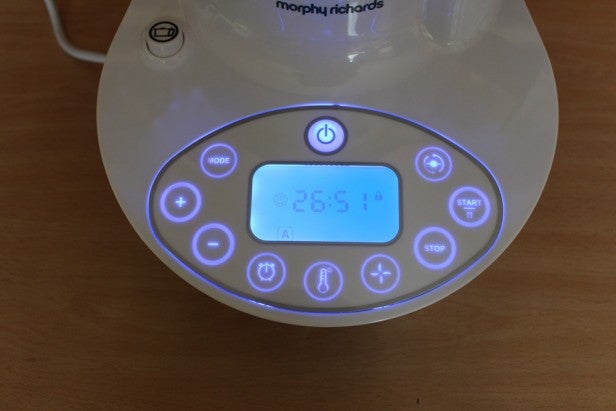 From switching on, a large clear display lights up with the cooking options and is surrounded by buttons, which at first looks complicated but is actually straightforward to toggle. Clockwise from the right, there’s a pulse button for quick blitzes, a start and stop button, buttons for selecting stirring speed, temperature and timer, up and down buttons for scrolling through these options and a mode button for selecting auto programmes. Elsewhere on the base, there’s also a jug release button and a main power switch.

Morphy Richards 10 in 1 Multicooker – What’s it like to use?

There’s no real assembly required with the 10 in 1 Multicooker – the jug slotted firmly onto the base and all the attachments fit onto the central spindle. Initially, the lid was very tight to twist on but with practice, removing and replacing it became easier. 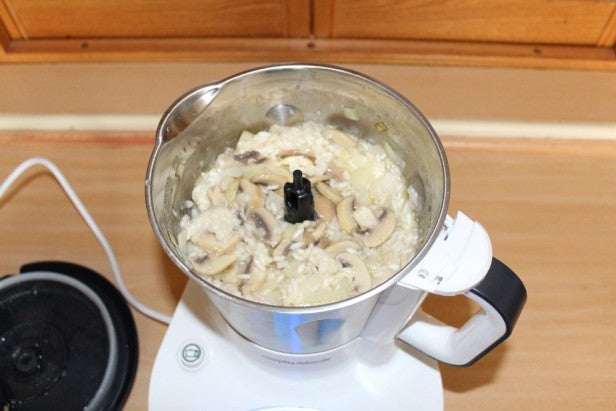 I started by making risotto using auto programme A, which took a preset time of 27 minutes. Inserting the mixing paddle, we added oil, mushrooms and onion to the jug and started the programme. After five minutes the machine beeped to signify it was ready for the next addition. However, it didn’t stop cooking, meaning, if you’re out of earshot or busy prepping, it’s easy to miss your prompt.

Removing the lid didn’t pause the timer, meaning any additions felt like they needed to be fast. Adding Arborio rice, shortly followed by stock, water and wine, the 10 in 1 Multicooker carried on cooking for another 10 minutes before beeping twice more for additional ingredients. The risotto was perfect – creamy and flavourful with a little bite.

Next, I tried a manual recipe, chicken and mushroom stew with beer. Using the chopping blade, I added mushrooms and shallots to the jug and blended on speed 10 for a minute. This blitzed the ingredients into a fine mixture.

Adding oil and swapping the blade for the mixing paddle, I sautéed the chopped vegetables for two minutes on speed 3 at 90C. Then I added more mushrooms, beer and set it for three more minutes at 100C.

Once cooked, I removed the paddle and inserted the steaming basket of chicken, adding water below and set the 10 in 1 Multicooker to steam for 30 minutes at 100C. Once it had been steamed, the chicken was added to the bowl and combined for three minutes at 100C. The finished stew was tasty with plenty of sauce but it felt like a lot of tool changes and reprogramming for one meal. 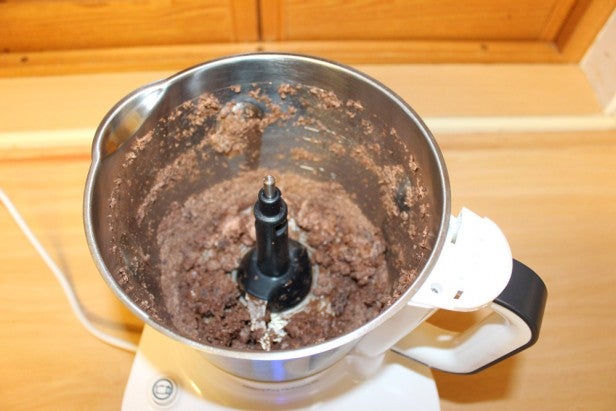 Finally, I made ice cream. Using the serrator blade, I added small pieces of chocolate and chopped for 30 seconds on speed 10. Unfortunately, as well as blitzing the chocolate, it also melted some of it, making it messy to remove. Changing the serrator blade for the mixing paddle, I boiled together sugar and water at 100C, then simmered it.

Adding the chopped chocolate I began to heat at 50C for a minute with the paddle stirring on speed 7. Unfortunately, this action overloaded the motor. The addition of egg yolks to the bowl helped to thin the mixture out and I was able to continue with a quick pulse to combine.

Once finished, this was folded into whipped double cream to create a smooth ice cream. Clean-up was by hand throughout and without the cleaning brush, some of it would have been tricky (such as cleaning between the slats of the steaming basket). 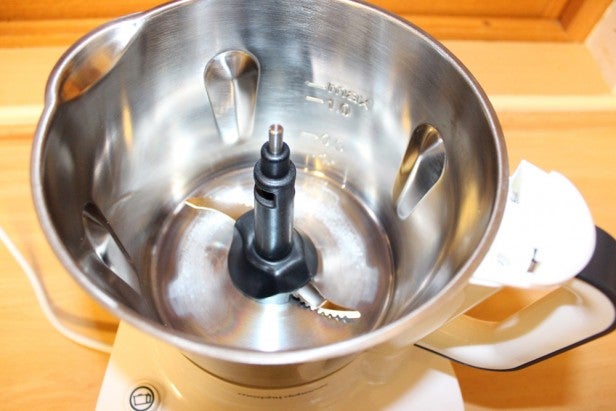 Should I buy the Morphy Richards 10 in 1 Multicooker?

This multicooker goes the extra mile to make cooking easy with its clear controls, step-by-step recipes and preset programmes. It’s a great buy for students, small families and aspiring cooks and its compact size also makes it suitable for anyone with limited worktop space. However, it would be good to see parts that are dishwasher safe, a clear lid so progress can be checked without having to open it and a timer that pauses when the lid is opened.

There’ll be no more toast-based dinners thanks to the 10 in 1 Multicooker – family-sized feasts are just a button or two away.