What is the Smeg CJF01 Citrus Juicer?

The Smeg CJF01 is yet another addition to the Italian company’s rapidly expanding line-up of small, but beautifully formed, appliances. It’s a motorised juicer specifically for extracting that sweet liquid goodness from fruits of the citrus family. Oranges, lemons, limes, grapefruit – it’ll handle anything you’d normally slice in half and squeeze, basically. 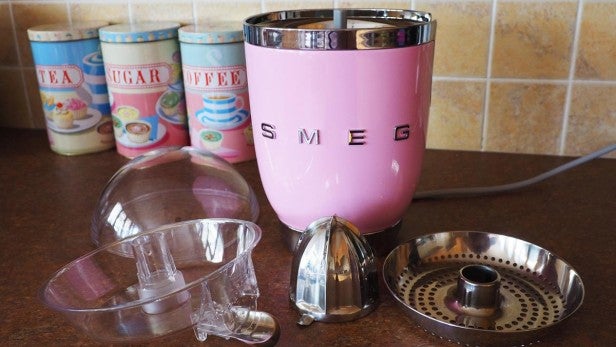 Smeg is wonderfully consistent in its aesthetic – all 1950s curves and shiny chrome. The CJF01 will fit right in with the brand’s ECF01 espresso machine, SMF01 stand mixer and the rest of the range.

The beautifully rounded aluminium base is available powder-coated with perfectly smooth Black, Red, Pastel Blue, Pink, Pastel Green or Cream paint, with the chromed lettering of the logo applied to the front and back.

The chromed-metal lower part of the base hides the cable management – in other words, there are some simple lugs around which you can wind any unnecessary length of the 1m power cable. There’s also a set of anti-slip feet on the bottom. 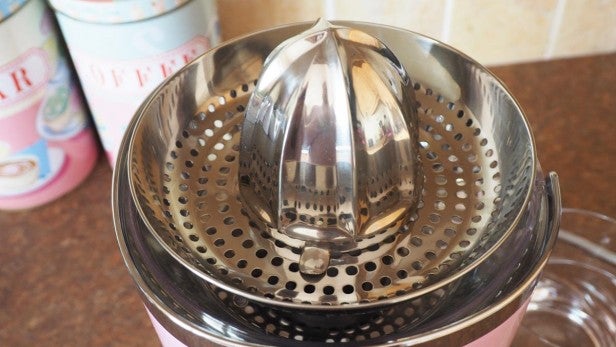 A clear Tritan plastic canopy sits atop the business end, simply to keep the dust off while the CJF01 isn’t in use. Take this lid off and you get to the three removeable main parts, all around or attached to the spindle for the 70W motor. First there’s the stainless-steel reaming cone, then a hole-peppered steel strainer tray for catching pulp and pips, and finally the Tritan juice collector with built-in spout. All are dishwasher-safe.

The spout has a neat touch: you need to flip it down to open a valve from the collector so that juice can be dispensed. This means that, while the spout’s in the upper position, you won’t get any accidental spillage – very much like the spout design of the venerable Tribest CitriStar.

Also like the CitriStar, you won’t see an on/off switch – or any kind of obvious control at all, come to that. The motor automatically spins into life when you press some fruit down on the reamer.

The juice collector’s capacity isn’t huge – around one cupful – but the idea isn’t that you fill it and then dispense. While you’re juicing, the spout should be down, with a glass or jug beneath to catch the juice. 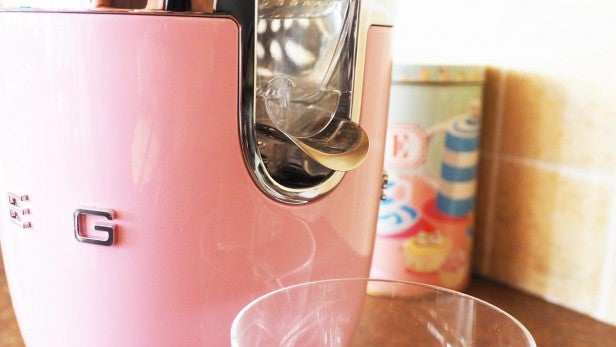 With some oranges chopped in half, I simply pushed them one at a time onto the reamer, applying a slight squeeze and a light rocking motion to get every last bit of juice out.

The truly surprising thing about the CJF01 is just how quiet it is. I don’t remember using any motorised small appliance that makes so little noise.

The 70W motor also seems to have a decent amount of torque, as there was hardly any slowdown, no matter how hard I pressed. 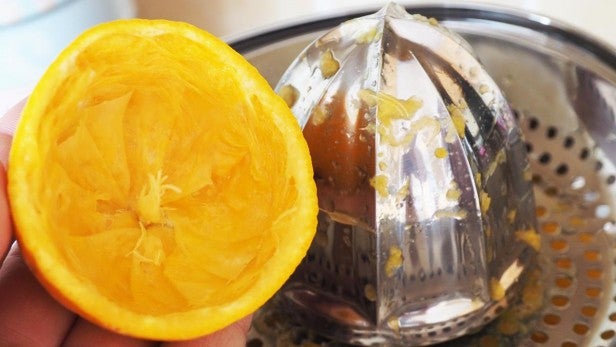 Within about 10 seconds half a decent-sized orange was completely juiced. Because of the shape of the reaming cone, there’s really no need for a separate reamer for smaller fruit such as limes, although it’s best suited to the larger citrus.

The pouring spout has been nicely crafted to avoid drips, and popping it into the upper position genuinely does mean you’ll avoid any spillages. The strainer has been designed to just the right level, removing all seeds and only allowing a small amount of pulp through to add a good bitty texture to the juice.

Disassembling the Smeg CJF01 is very easy, with those three removable components lifting out simply – as long as you remove the reamer separately first – and able to go straight in the dishwasher. Even if you need to hand wash them, there’s nothing particularly fiddly to clean or anywhere that can’t be flushed without fuss. 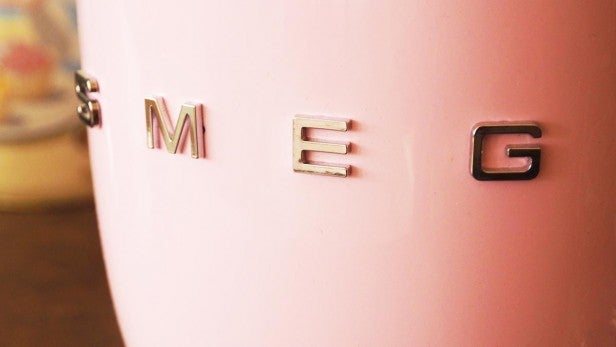 Should I buy the Smeg CJF01 Citrus Juicer?

The CJF01 Citrus Juicer is another beautiful, well-functioning machine in Smeg’s ever-expanding range of  retro-chic small appliances. It does its one job incredibly well, is easy to clean, and feels like it’ll last a lifetime.

The similarly well-built Sage by Heston Blumenthal Citrus Press costs twice as much and just doesn’t look as classy. There are competent electric citrus juicers on the market for a fifth of the price, of course, as long as you can put up with some very prosaic design and a whole lot more plastic.

If you’re a fan of freshly squeezed juice and already have some of the Smeg range gracing your worktop, you’d be silly not to invest in one of these.

Not cheap, but beautiful, built to last, quiet and just the thing for getting every last drop of juice from your citrus fruit.