What is the SodaStream Power?

If there was ever a statement that SodaStream’s advanced beyond its heyday in the 1980s, it’s the Power. Aimed squarely at those who love sparkling water but hate the waste from plastic bottles and lugging them home from the supermarket, the SodaStream Power is both convenient and stylish. Far removed from its boxy predecessors, the Power has been created in collaboration with Swiss designer Yves Béhar, who’s also chief creative officer at wearable tech company Jawbone. The result is a sleek mixture of stainless, anodised aluminium with either black or white fascias, ensuring it’ll sit comfortably in even the most contemporary of kitchens. 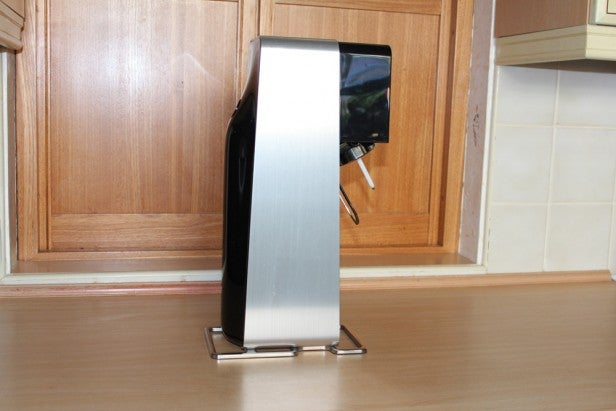 Whichever way you look at the Power, it’s impressive to behold. Appearing to balance precariously on a metal stand, it’s actually planted firmly on the worktop, while a textured recess gives it eye-catching appeal when it’s not in use. 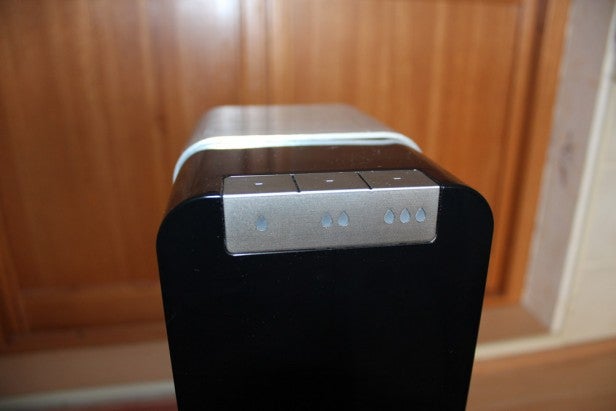 Beyond this subtle detailing, everything else is minimal. Three brushed-metal fizz level buttons at the top, which have LED indicators and are marked by varying water droplets, give the option of lightly, medium and intensely sparkling water, while the gas canister and outlet for the power supply are concealed by a gently curved cover at the back. There’s also a ‘snap lock’ mechanism that helps to ensure the bottle is firmly in place before carbonation, so there’s no risk of splashes and sprays during use. 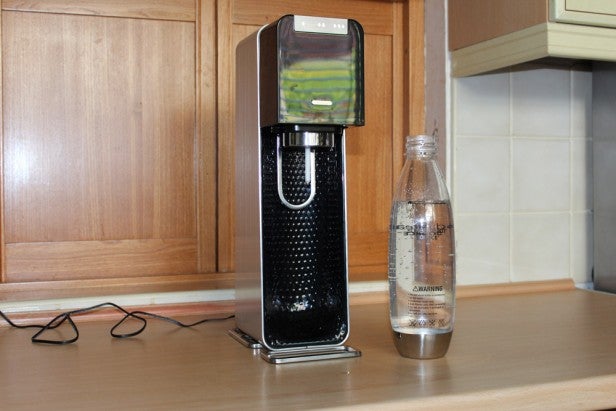 Assembling the Power is fairly straightforward, though not entirely intuitive. The included 60-litre CO2 cylinder is inserted via the base of the machine before screwing into place, while the power supply requires the back plate to be removed before fitting the power lead into a dedicated slot. The plug also needs to be assembled for the UK from a variety of international adaptors that are included, which feels a bit superfluous.

The Power comes with a single BPA-free bottle for filling and fizzing, and while it’s not dishwasher safe – and so a bit of a chore to clean if you’re trying SodaStream’s flavoured drink syrups – it’s pleasingly robust-looking and has clear marks on the exterior to indicate the maximum water level. We filled it up to this level with chilled water, and, using an upwards and forward motion, pushed and clicked it into the machine. The bottle rest behind provided extra support, but even without that there was little doubt that the bottle was securely in place. 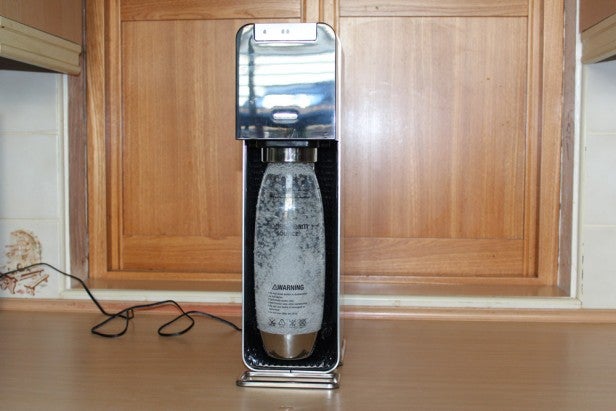 We started by carbonating using the lowest level, which gave the water just a few injections of fizz. The resulting water was mildly sparkling but not excessively so. Changing the water, we then tried the medium level. This gave a much fizzier result, equivalent to a newly opened soft drink. Exchanging this for new tap water again, we tried the highest level. This carbonated the water for about 10-15 seconds and resulted in a very fizzy sparkling water, which even when poured out kept its numerous bubbles well. The bottle’s tightly fitting cap screwed on to preserve the fizz and this helped hold the bubbles for several days.

While carbonating on all three levels helped to disguise the flavour of tap water to a certain degree, there was still a subtle difference in taste between it and shop-bought sparkling water. Chilling the water helped, as did the highest level of fizz, which made the difference barely discernable, but using it in conjunction with a water filter may help. Some ideas for what you can make with sparkling water, such as cocktails and mocktails, have also been included in the box. 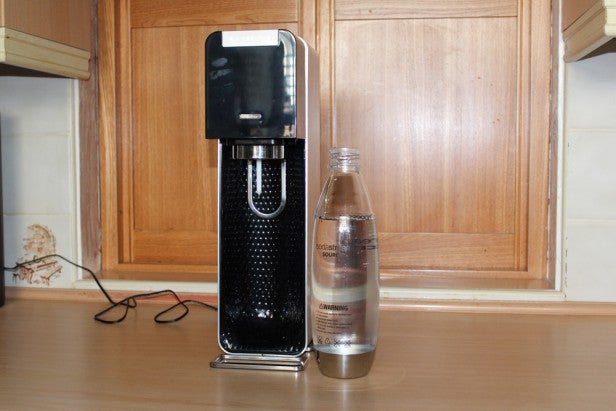 Should I buy the SodaStream Power?

It’s not a complete solution for fizzy-water fans, especially if you’re acutely aware of the taste of tap water, but it’s as close as you can get without installing an expensive carbonating filter tap. The Power is also a smart eco choice if you want to reduce how many plastic bottles you throw away, plus the CO2 carbonator is refillable/exchangeable, so there’s no waste there either.

Given that it’s aimed at sparkling water fans, it’d be good to see it come with more than one bottle so you could have water chilling in the fridge while another’s being carbonated, but this is a minor niggle. It’ll also take a while before you start cost-saving, as exchanging the carbonator costs around £9.99. However, each will make an average of 60 litres of sparkling water – lasting around two months, depending on usage – so there’s plenty of fizz to go around.

Portable, sleek and stylish, the Power is a blast from the past that’s been thoughtfully reinvented for the modern age.