What is the Tefal Cuisine Companion?

One of the latest additions to the “assisted cooking” category, the Cuisine Companion is Tefal’s first food processor capable of actually cooking – and it’s set the bar high.

With the potential to replace up to 10 appliances, it comes with a recipe book with 300 starter, main and dessert recipes that combine in different variations to offer “one million menus”. Add multiple speed and temperature settings, and the Cuisine Companion’s numbers sound solid. 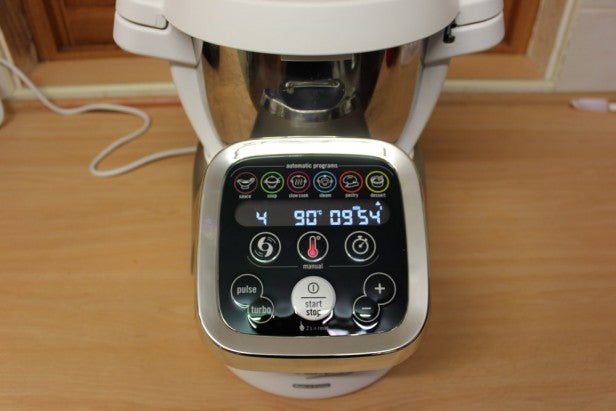 You’ll need to make room on your worktop for the Cuisine Companion – in comparison to other multi-cookers, it’s big. There’s a 4.5-litre bowl at the back (catering for up to six people) and a bank of controls at the front. At 7.06kg, however, it isn’t particularly heavy.

Its design is geared towards the practical, with a clear LED display, large buttons and a robust feel. The bowl’s lid locks easily into place and can be split in two for cleaning. A steam regulator cap fits into it, enabling low steam in the bowl for such dishes as risotto and sauces, or high heat and steam inside for soups and steaming, for example. There’s also a storage caddy for the accessories, and a removable steam basket.

Its multi-buttoned control panel looks daunting at first, but is simple to operate. There’s up and down buttons for scrolling through manual features, a pulse button, turbo button (for instant maximum speed) and a start/stop button for selecting options, pausing cooking and resetting.

In addition, as well as toggling time (from 5 seconds to 2 hours), temperature (from 30C to 130C in 5C intervals) and mixing speed (from 1 to 12) to suit your cooking requirments, a few of its six automatic functions provide even further programmes. For example, “Pastry” can perform a bread, brioche or cake programme. A “keep warm” mode is included too. 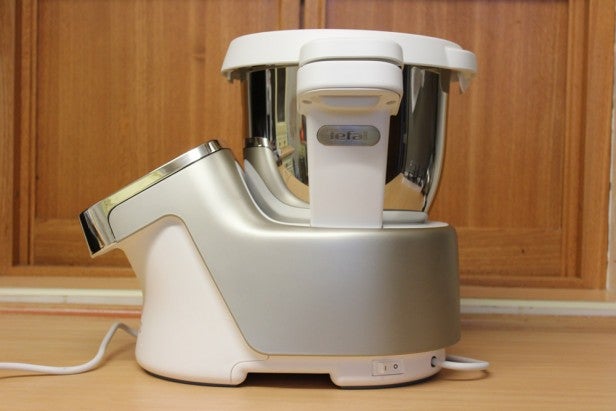 Multiple parts and detailed instructions mean that it’s worth spending some time initially to get to know the Cuisine Companion.

We started by making Patatas Bravas from the included recipe book. Filling the bowl with water, we put into it the steam basket filled with potato, setting it on the P1 Steam programme for 25 minutes. Once steamed, the potato was soft but firm enough to be fried. Next, we inserted the Ultrablade knife and used it to blitz garlic on speed 11. 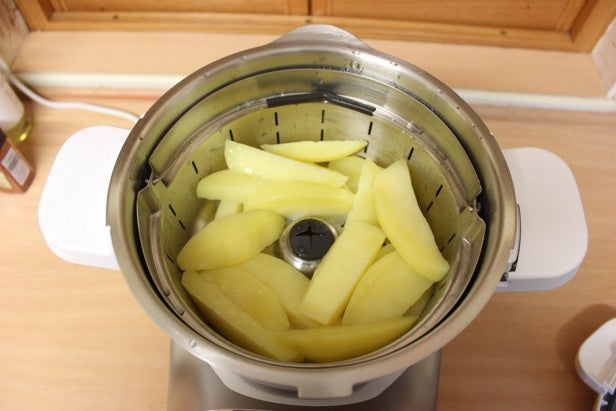 Next, we tried the P1 Soup programme to make cauliflower soup. Using the Ultrablade attachment, we filled the bowl with cauliflower, leeks, a stock cube and water. It cooked this at 100C for 40 minutes with short bursts of blending towards the end. The soup was smooth and consistent, apart from one piece of cauliflower that evaded the blades.

Moving onto brownies, we placed butter and chocolate into the bowl and used the kneading/grinding tool to combine it on speed 3 at 45C for 10 minutes. The mixture was viscous and gooey – although a few slivers of butter remained, and it needed a scrape down with a spatula.

Adding flour, sugar, eggs and baking powder, we set it on the P3 Pastry programme for cake, which mixed the ingredients to form a glossy batter, which could then be oven-baked. The finished brownies rose well and were light in texture. 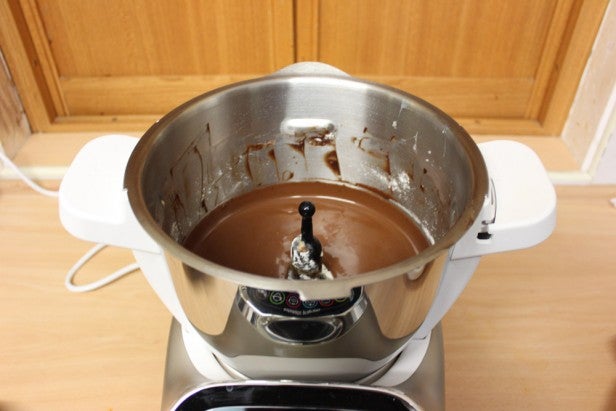 Next we made a chocolate crème dessert using the whisk attachment to whip together chocolate, eggs, cocoa powder, sugar, milk and cornflour at 90C heat. The mixture was creamy and consistent, although a few strands of egg white had cooked around the blades. Chilled, it produced a delicious pannacotta-style dessert that took only minutes to make.

We finished with Béarnaise sauce, blitzing shallots and tarragon with the Ultrablade tool on Turbo, then swapping for the mixer attachment and adding wine and vinegar before cooking on speed 3 at 95C for 15 minutes. Some of the shallots burnt, but this can be avoided by reducing the temperature or time.

Swapping to the whisk tool, we added water, egg yolks and butter before setting it on the Sauce programme at speed 6 at 70C. The sauce was consistent in texture and taste, with no splitting or curdling. 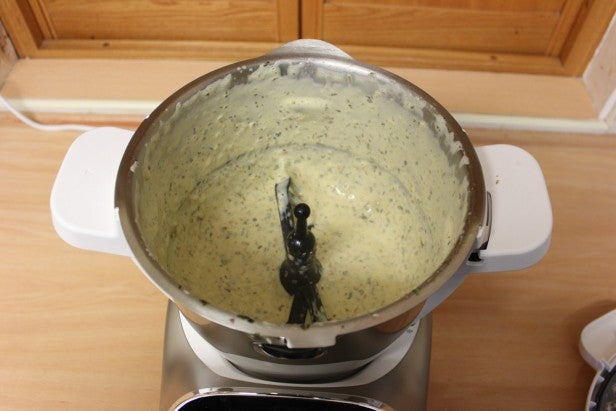 All the parts could be cleaned in the dishwasher, apart from the bowl’s spindle, which needed to be hand-washed. A parts on the attachments were hard to reach, so cleaning with the brush was more effective.

Should I buy the Tefal Cuisine Companion?

If you’re looking to upgrade from a food processor to something that offers more versatility, then the Cuisine Companion is surely it. While it won’t replace your oven or hob, it brings plenty to the table, doing away with repetitive food prep while also making more complex cooking – such as delicate French sauces – effortless.

Keen entertainers will love it for its breadth of functionality, plus it’s also a win for novice cooks looking to expand their repertoire.

Although the Tefal Cuisine Companion is expensive, once you’ve seen all it can do, it will surely be promoted to best-friend status.